THE POWER OF CREATIVE SOLUTIONS

Terry Jervis has been in the media and business world for over 35 years. He is a former BBC executive – head of department – and producer & director of many genres of TV shows and radio across a wide range of formats and subjects (news & current affairs, documentary, comedy, music, animation, drama and general entertainment shows).

His entrepreneurial skills came before this with his hobbies of collecting, buying and selling
coins, stamps, rare toys, books, music, film and comic books.
He helped to create the first U.K. comic book price guide
(which became a standard-bearer for auctioneers like Sotheby’s and Christies).
Jervis Entertainment Media Limited was established in 1999 as an independent production company to facilitate a venture with the BBC to broadcast the 2000 Millennium celebration.
A collective audience of Over 4 billion people has seen or heard one of his TV or radio shows and other music and media projects. He has made some of the world’s most iconic productions and continues to work in business and the media, and supporting young people’s charities.
Resume highlights of his accomplishments can be found at Terry Jervis Bio in the DROPDOWN window below.
“There are a few challenges I cannot face and overcome. My mind is the most powerful tool I have for change. I imagine what could be, visualise it and make it happen. That’s what I call creative solutions.”

Leadership is an art we value and use as motivation for others – we always look at the impact decisions can have; as we all want a positive outcome – JEM can provide the guidance and effect to lead to success.
Jervis Entertainment Media is about giving the best service…in the service of others – whether that is shaping ideas for a client or inspiring a new generation; we like to give back and give hope.

“At this point, it doesn’t matter who you are! What you become will redefine who you are! We need to unlearn who we were.Because we have been wrongly taught “ 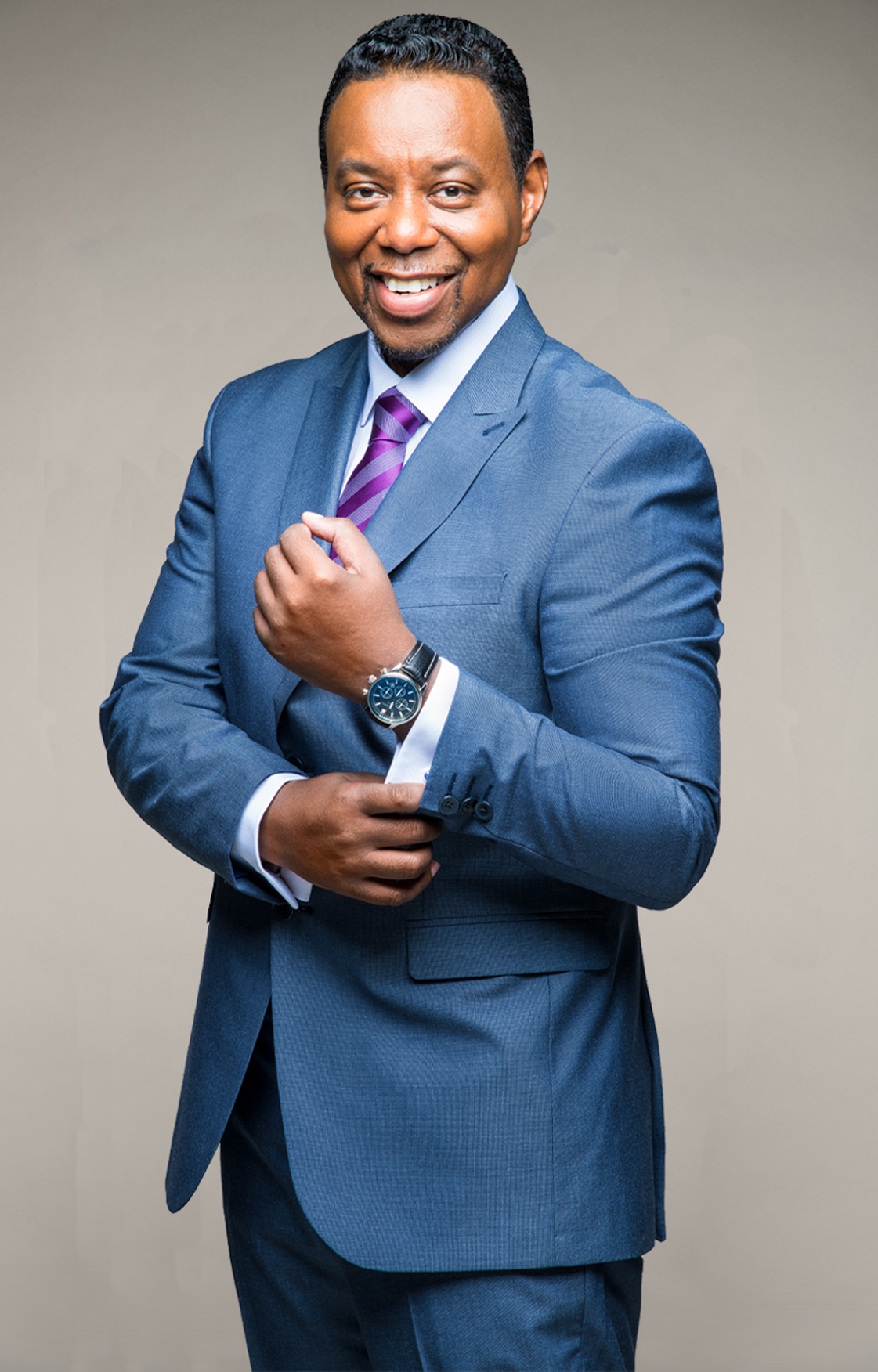 Born in Hackney, East London he learned to create and innovate early – he had very little…so, his imagination was his way of creatively escaping the hardship. In the early 1960’s Britain was still recovering from the damage of Word War 2, so making something from next to nothing was a gift he would carry through his life, making his ideas possible. Terry could be found making planes and spaceships, was fascinated with radio and television and the world of discovery it opened. He read a lot (including his favourite comic books – as well as hours in the library), and was always helping at the local church and with neighbours – he enjoyed building and fixing things and would have liked to be an engineer..

At the mature age of 14, he bought a film camera and self-financed and produced his first documentary commemorating the great musician and civil rights campaigner Sam Cooke – whose song “Change is Gonna Come” was used many years later on President Barrack Obama’s campaign to become the first black head of state for America. 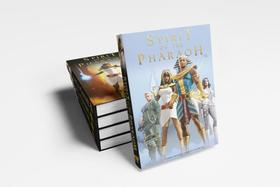 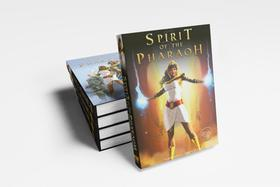 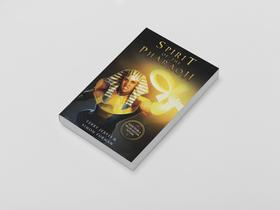 As part of their Rewind, Pause, Forward initiative JEM is working with the Royal Air Force on historical and future ideas, diversity of people and technology. Rolls-Royce and JEM are collaborating on STEM projects and digital media with STARRSHIP. Its aim is to engage young people and adults interested space to join the virtual activity around new issues affecting our future: environment, Earth monitoring, energy, defence, moon base, satellites and missions to Mars and beyond. 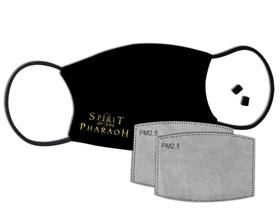 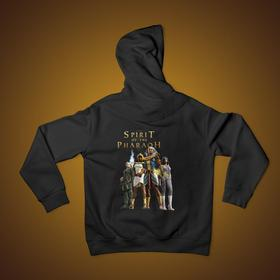 JEM Merchandising has a fulfilment deal with our partner Hot Merch Ltd. Check out a wider range of our properties and products. You can also personalise your product with your name or words to make a unique gift or collectible. HOTMERCH.CO.UK/JEM

JEM will be working with brands, media and industry to do workshops and masterclasses. Sign up on our Special Events link for information on all upcoming classes and workshops

The small and large screens are central to the subconscious experience of audiences globally, shaping minds and establishing belief systems. Lifestyle experiences are derived from our visual and audio reception. information forms context with reference points to historical events and emotional connections to things that inspire us. This powerful medium should be galvanised so every story can be told without bias of position or power, but by the essence of its content to uplift.

Terry Jervis has a long track record in music. He produced many international co-productions with record companies. His TV shows featured and launched many artists through the birth of Hip-Hop – with the likes of Queen Latifah, MC Lyte, Ice-T, Mantronix, Kool Mo Dee, Jazzy Jeff and Will Smith “The Fresh Prince” and many more. The international exposure he offered American artists also helped to promote and launch labels such as DEF Jam records with Public Enemy, Eric B & Rakim, LL Cool J and Def Soul R&B artists like Alyson Williams, Tahsan and others. Terry was keen on promoting black artists from all over the Diaspora (High-life, Afrobeats, Calypso, Reggae, Dance Hall, etc.) – even through the apartheid years and South African musicians in exile. Terry became an executive with the legendary Motown label and its roster of classic singers such as Stevie Wonder, The Temptations and Diana Ross and many others. He met with Berry Gordy via the Chairman of Motown (and his mentor in the USA) Clarence Avant (the subject of the Netflix documentary The Black Godfather). Terry was based between London, New York and Los Angeles. He was given his own label ‘Down to Jam’ with the Motown – the first British person ever to do so – and helped to launch acts like Boyz ll Men, who went on to sell over 67 million records. Terry has also worked on TV specials with the Pavarotti and opera spectaculars, the Rolling Stones, Natalie Cole, Quincy Jones, Elton John, Queen, Madonna, Michael Jackson. Bob Geldof, Richard Branson and Virgin Group (to name but a few), heavy metal and rock acts. His live shows Smash Hits Awards, Top of the Pops and Radio 1 specials, and global broadcasts, such as 2000 Today – Millennium Broadcast, Our Common Future and the 2012 Olympics, were live spectacular television events. Co-founder and chairman of the TRACE media group, Olivier Laouchez, and Terry met in 2001. Terry became the UK representative – CEO and then UK co-chairman and TRACE UK was launched in association with SKY. Trace is an international music, sports celebrity and general entertainment TV network and streaming platform service. TRACE has featured Jay Z, Beyonce, Rhianna, Rio Ferdinand, Jennifer Lopez, Christian Renaldo, Mariah Carey and a host of artists from the French, Spanish, Portuguese and multi-lingual world. TRACE features cover the cultural spectrum from America, Europe, Africa, the Caribbean and Latin America.

Terry Jervis with Simon Philips then President of Marvel International 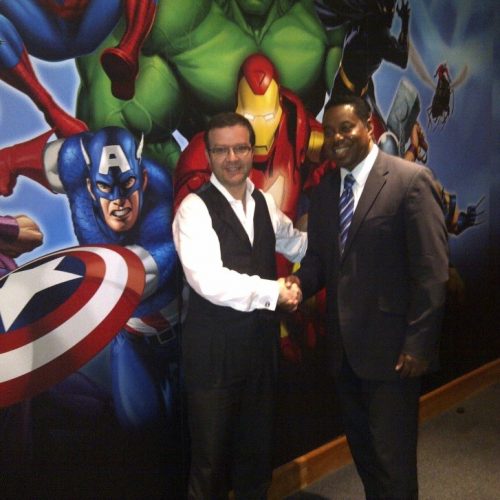 His formal media career started with the BBC; he became the youngest head of department, producer & director of his time. He is one of history’s most innovative radio, television, music, and film producers. His influence was felt across the world. His work today involves many types of businesses looking for innovation and enhanced sales.

His impact on the British, American and worldwide creative media opened the doors and laid the foundation for the diversity in entertainment we know today. Although not without its own challenges, the BBC supported his conviction to change the media landscape and fight prejudices. In popular culture and politically he gave a voice and global exposure to many of the stars and celebrities who were refused coverage or promotion on other mainstream traditional media platforms. 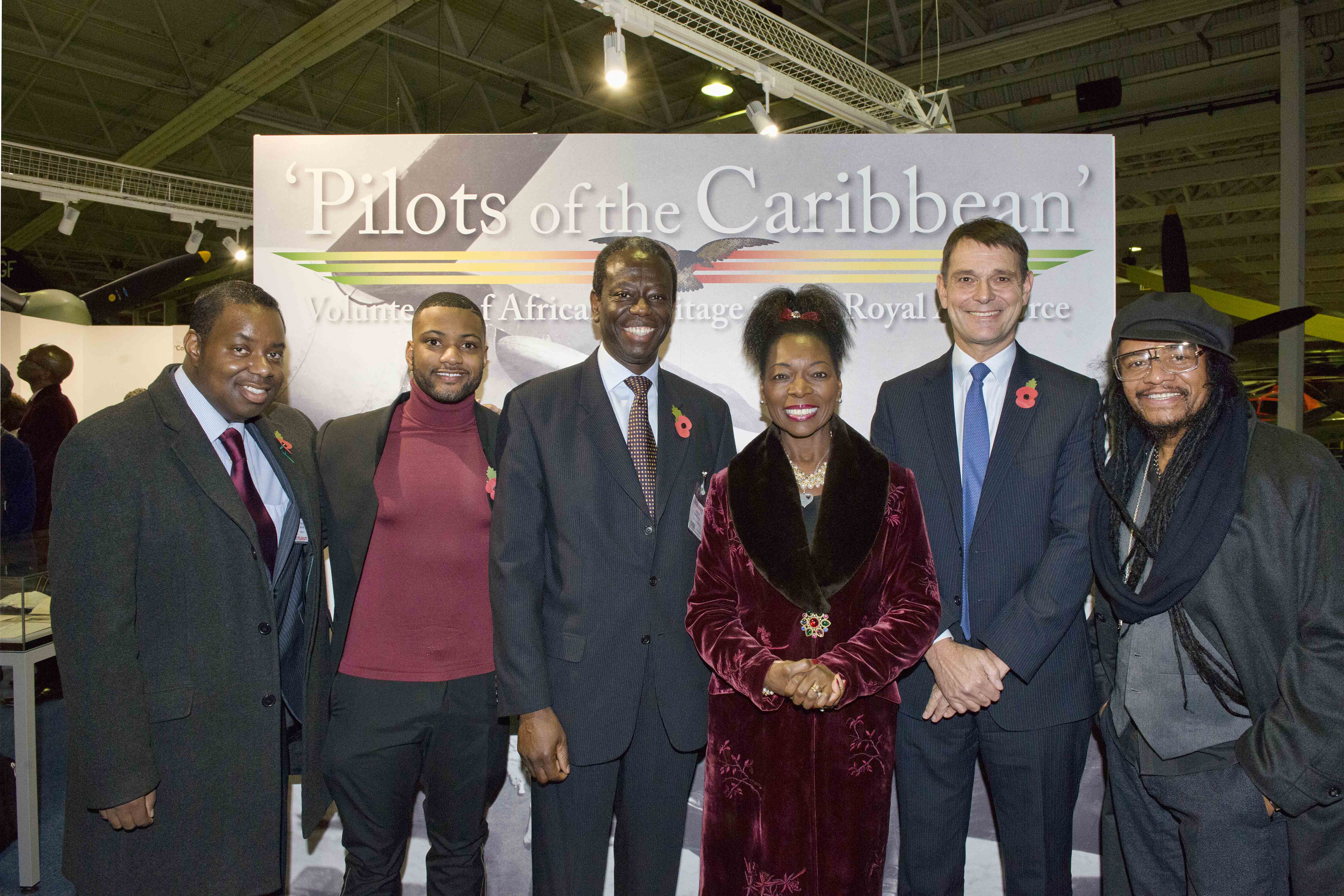 Pilots of the Caribbean Launch 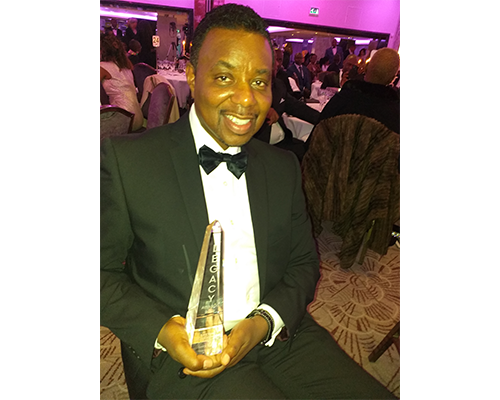 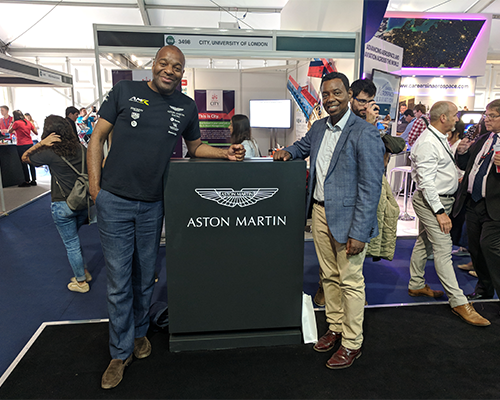 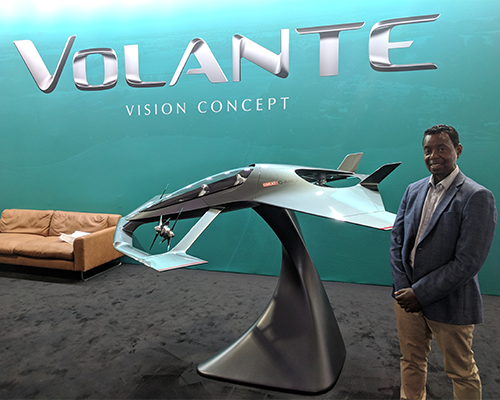 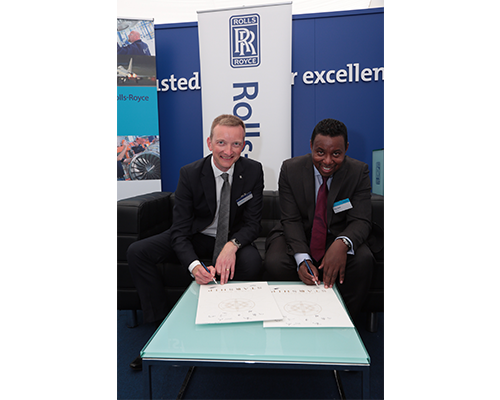 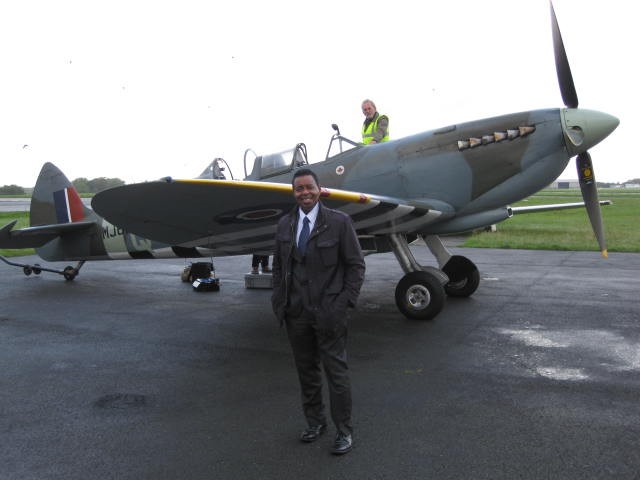 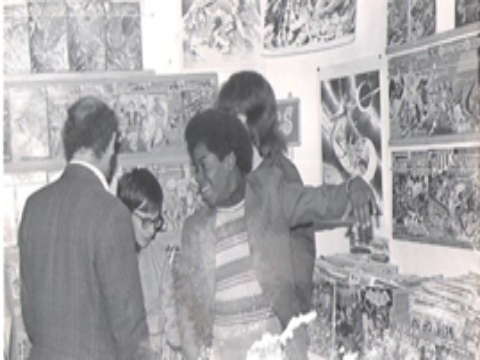 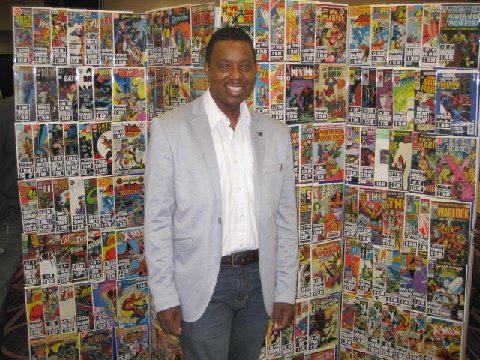 TJ the Collector of Comics 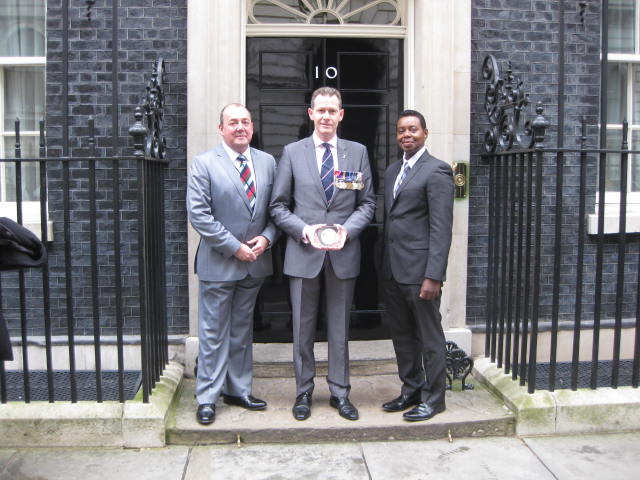 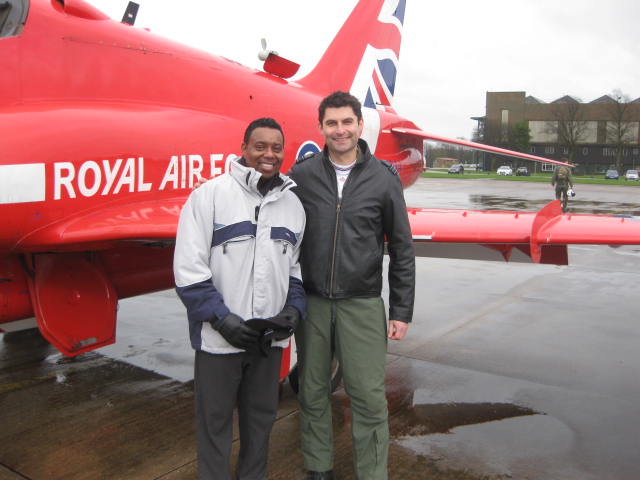 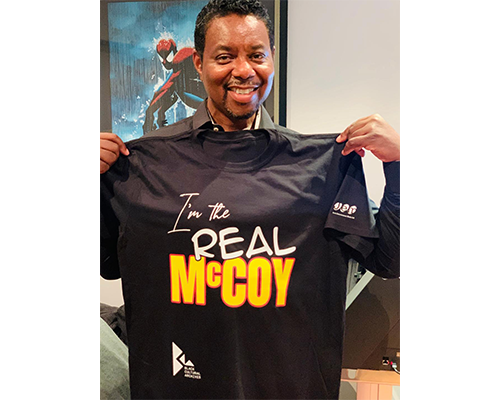 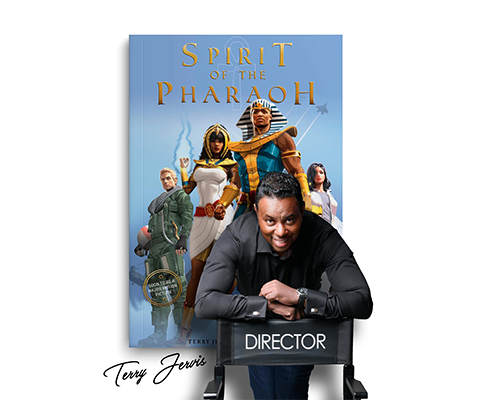 Spirit of the Pharaoh 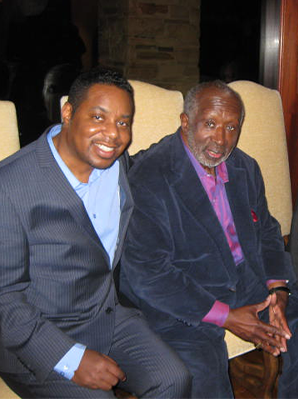 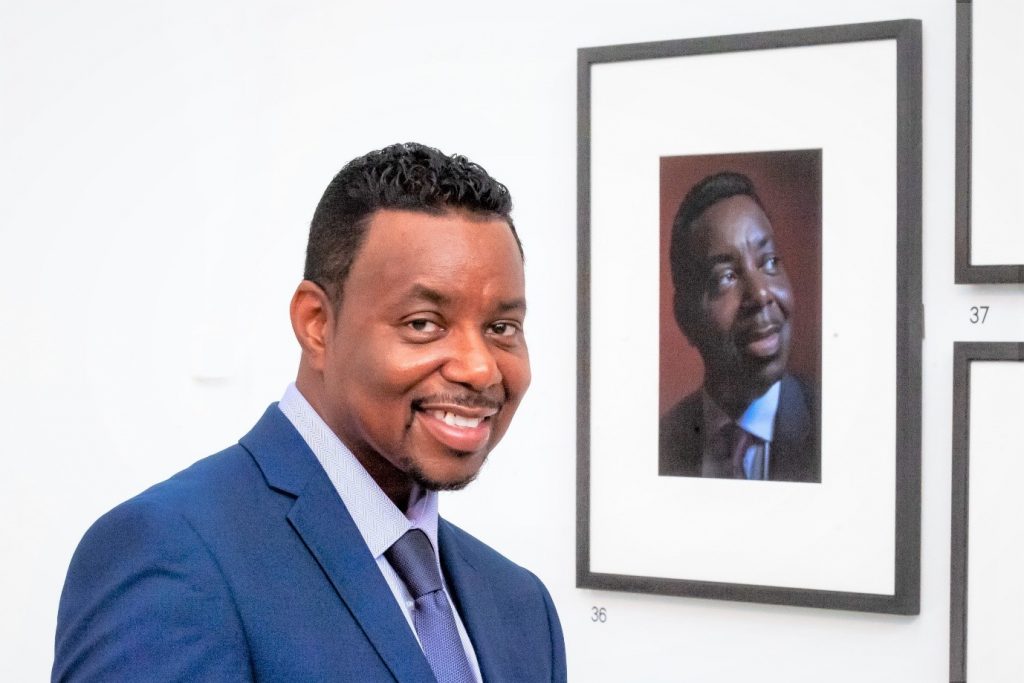