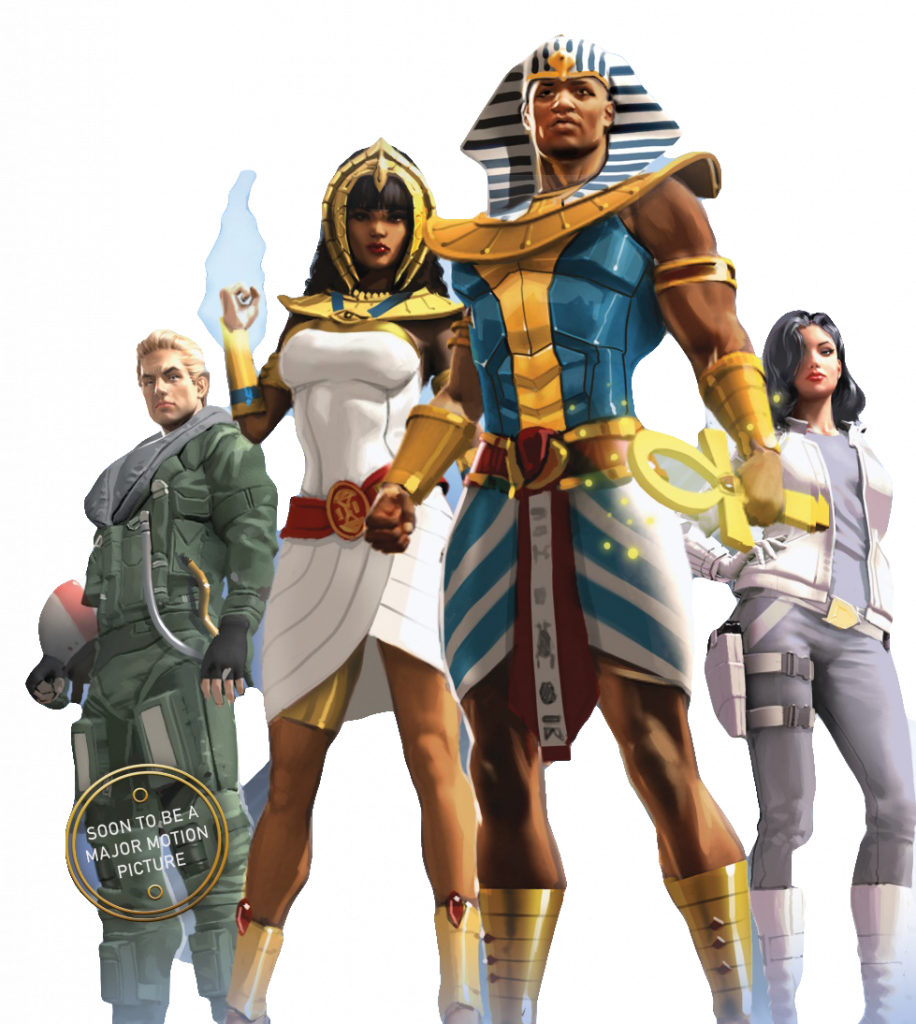 Billionaire weapons and technology manufacturer Lord Welton wishes to cheat death and live forever. In his quest for eternal life, greed and corruption take hold ann he will spare no cost

Under the guise of a humanitarian mission, he dispatches a team to Africa to discover the secrets of the ‘afterlife’.

While trying to correct mistakes of his past, mission specialist Kirk Blazer, a Royal Air Force pilot, and adventurer agree to open a lost tomb to ancient treasures imbued with magic – and unwittingly creates the opportunity Lord Welton had hoped for – a chance for immortality. A portal is opened and two warring spirits escape; one is Seth, the ancient Egyptian god of chaos, the other Ra’Mun – a pharaoh sworn to protect his people. To help defeat Ra’Mun, Welton forms an unholy alliance with Seth; the only being who can grant him eternal youth.

However, there is hope… a young couple, Raymond, an engineer and DJ, and Marie, a designer and model, who want to change their lives and inspire those around them. These dynamic pair have no idea of the danger about to unfold or their surprising links to an ancient royal dynasty.

Blazer becomes their mentor, along with girlfriend MI6 agent Jade Langley. Raymond and Marie must come together as one to protect Earth from the dark magic of Seth and the doomsday technology of Lord Welton. experience this adventure & love affair across time …

(This storyline has been created by Mr. Jervis himself during a time where he could have lost his own light of hope when stage 4 Terminal cancer invaded his body. Diagnosed with a 1% chance of survival Mr. Jervis is the epitome of the power of the human condition when you allow your mind and spirit to explore the unknown and confront a dangerous opponent. Working alongside lead writer for Transformers & Marvel, Simon Furman, makes this novel series a must-read and history-making moment) 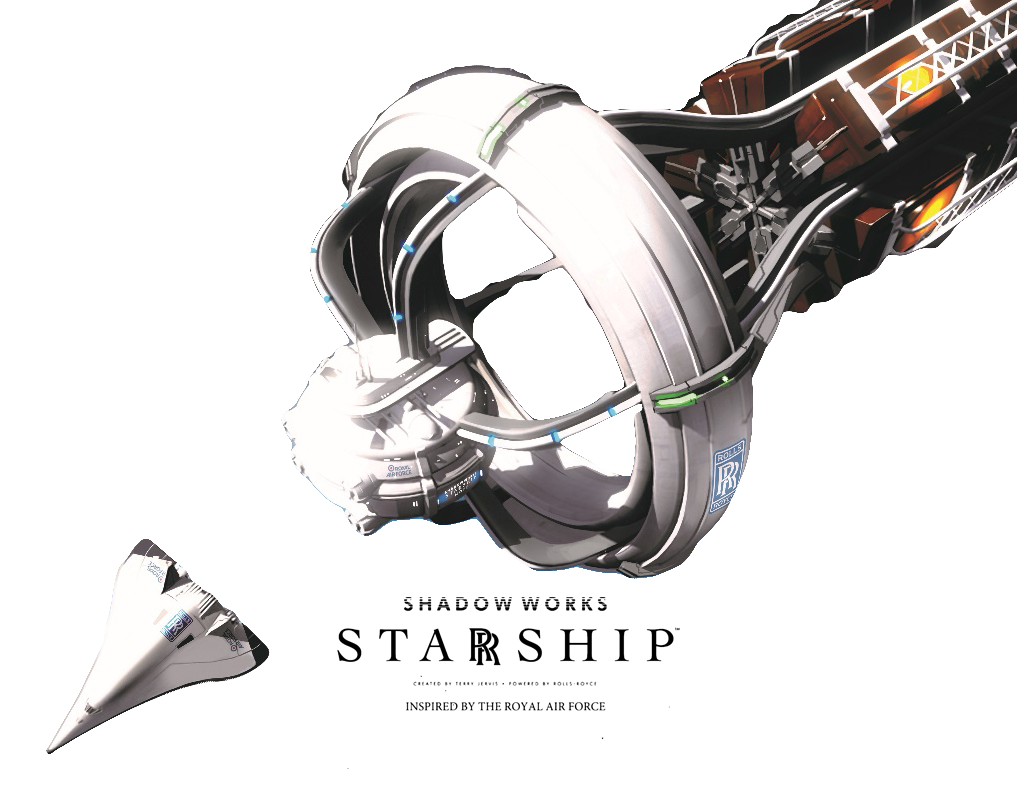 This project was conceived and created by Terry Jervis and Powered by Rolls Royce. This monumental program propelled Rolls Royce into the outer regions of space. Long known for their stellar aircraft and car engines, Mr. Jervis presented a paradigm changing concept where we aim to provide knowledge to the world about many of our planets controversial/impacting topics. This is a heartfelt project which focuses on the future lack of essential resources for the survival of humankind. Contaminated waters, deforestation, over population and more. It’s an educational necessity which we deliver in an entertaining manner to IMPART these important topics in an engaging manner to provoke conversation & open up your awareness.

People can get involved by sharing this project with friends & associates while we work with Rolls Royce to create a spacecraft that will be able to:

Orbit the Earth to clear away any SPACE debris, meteorites that surrounds us SUCCESS

Travel to Mars to monitor it as we believe that Mars was previously habitable, so we
want to learn what caused this for Mars & how to prevent it being the future for Earth. OUR FUTURE DEPENDS ON OUR 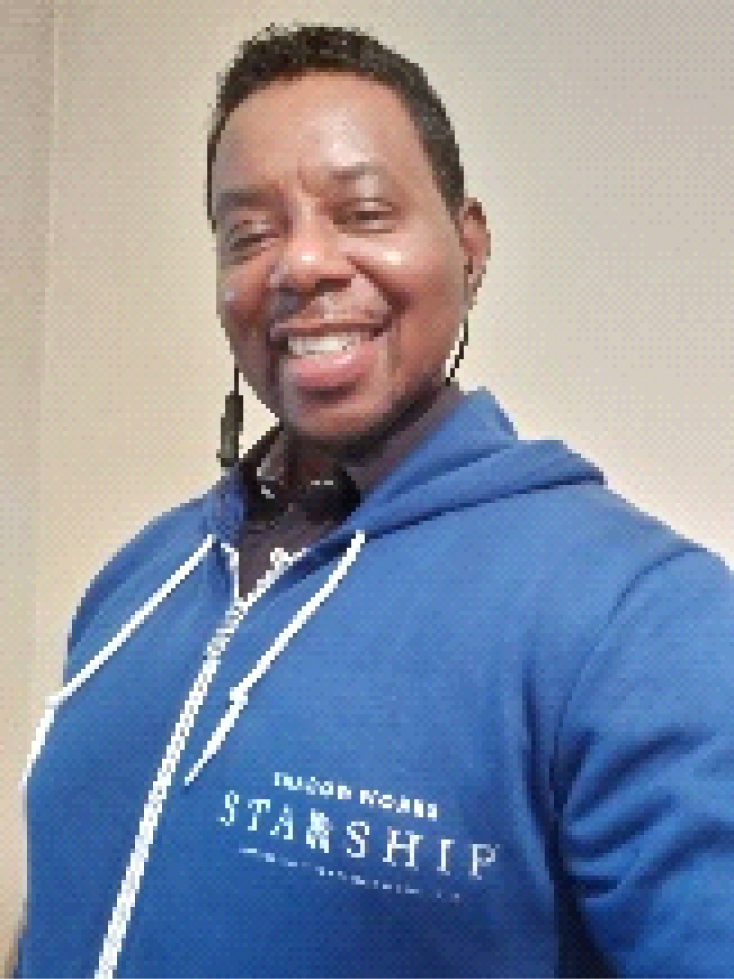 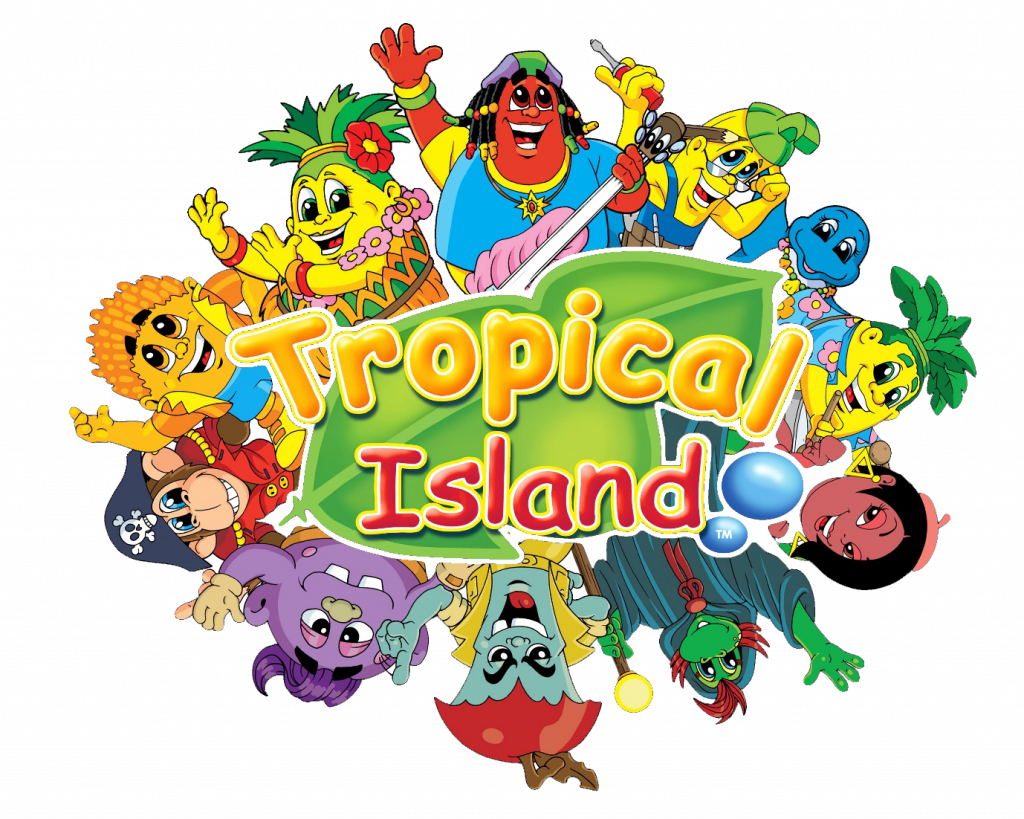 DO YOU LIKE GOING ON HOLIDAY? IS THERE ENJOYMENT IN EXPLORATION? DOES LEARNING EVER REALLY END?

The opportunity and necessity of appropriate learning is greater than ever especially with an upward increase in unemployment & children out of school due to the current pandemic & climate. As humans with a social need/desire, we are almost turning to ways of escaping our own realities. With Mr Jervis having worked with Lego and understanding the power of creative play in the development of children’s psyche. Tropical Island is where we bring the beauty of a child’s organic imagination capacity & creative play to a virtual island/country that aids as an amazing stimulus to learning via 2-D animations. As children need constructive and educative toys & interaction.

SPIRIT OF THE PHARAOH

Two Warring spirits who are loose in the world; an ancient Egyptian god of chaos, Seth, who aligns with Lord Welton, an obsessed art collector and billionaire industrialist, to control the world. Returning from the past, king Ra’mun must face them to protect the balance of the universe from chaos to order. He cannot do this alone. He must reunite with his long-lost love…Queen Neferkari. The journey to the After-life is fraught with danger and their spirits are paired and inhabit the personas of a young London based (Marie & Raymond). Together they must defeat Seth the god of chaos and Lord Welton. The adventure begins ….

Luster Products Inc , Chicago USA are proud sponsors of the Script to Screen & Green Screen Dream promotions for “Spirit of the Pharaoh” franchise, watch this space for our launch under Special Events signup

In 2017 Terry Jervis came up with a concept for a mission to Mars project. Working with the Royal Air Force he approached Rolls-Royce and together they developed a spacecraft for an innovative project to get young people of diverse backgrounds interested in air & space technology as part of the RAF centenary. The project won the women in defence award for attracting young women into science, technology, engineering and mathematics. It also became a popular You Tube channel and the Starrship interactive vehicle attended airshows and also helped cross promote science and space with Future Publishing and their magazines “How it Works” and “All About Space”.

The new version of Starrship will be a digital interactive project where you get to explore earth and space and deal with some of the pressing issues of today, such as climate change, ecology, energy, pollution and oceans, space debris, water, food and resources, defence, asteroids, comets, planets and new discoveries in space?

We will bring the exciting digital realism of the Starrship H.O.P.E. (Human Outer Planetary Explorer) to your hands as an agent of change, the study of science and crew members linking you to some of the most exciting industries, environmental, defence, humanitarian and space agencies in the world.
CREATED BY TERRY JERVIS…POWERED BY ROLLS ROYCE

Welcome to colourful world of Tropical Island. It is your own beautiful paradise where you get to be a passport holder and meet the islanders who live there!

Learn about the environment, join their adventures and sing-a-long to their music. Your days will brighter with Tropical Island.

“Fun in the sun, sea and sand!” The Tropical Echo

“Fun filled adventure for all the family.”  Rainforest Times

Welcome to colourful world of Tropical Island. It is your own beautiful paradise where you get to be a passport holder and meet the islanders who live there!

Learn about the environment, join their adventures and sing-a-long to their music. Your days will brighter with Tropical Island.

“Fun in the sun, sea and sand!” The Tropical Echo

“Fun filled adventure for all the family.”  Rainforest Times 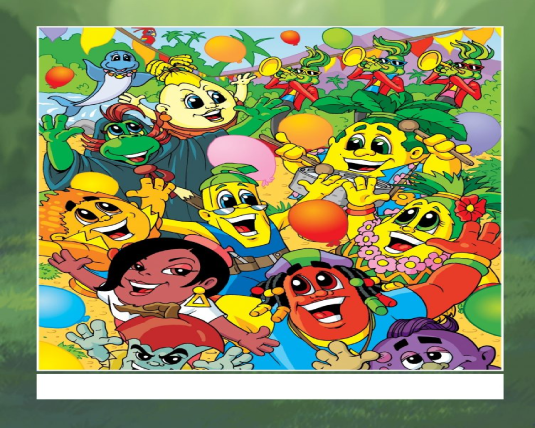 A virtual place of tropical rain forests, sun, sand, sea and fun!
The island is a beautiful and colourful place full of stories and creative things to do.
Many characters live here and they can’t wait to meet you!
Tropical Island is the holiday destination you can visit anytime!
Collect many different digital stamps in your virtual Passport!
What makes Tropical Island different to other family entertainment?
Our magic is in a smile!
Our warmth is in our stories.
Our heart is in your laughter!
Now that’s not all that makes us special. We have a great cultural mix of songs and themes from all over the world… PLUS Live videos & chats with folks from

· Europe (and even the artic) 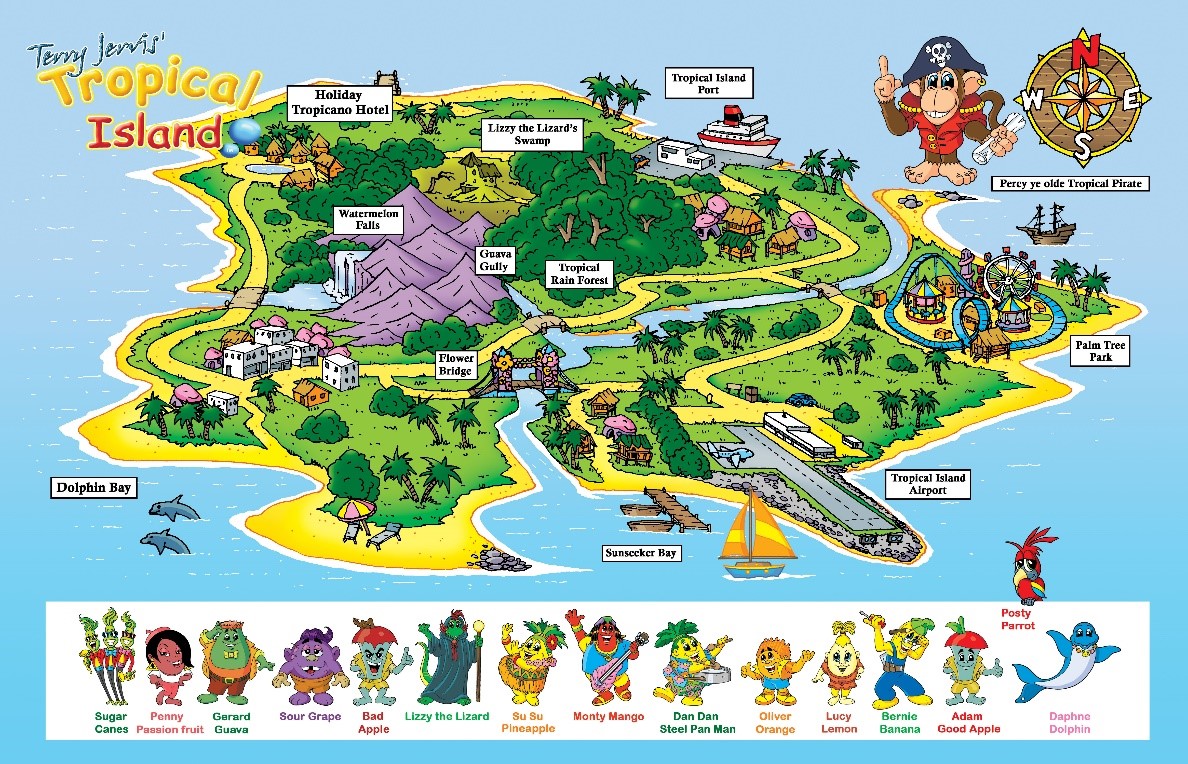 A vacation with us is like a theme park in your own home!
The themes, stories and activities on your visit are practical and relate to life experiences and learning for children and adults , the entire family can travel and learn together … virtually
Tropical Island is about good citizenship, values, environment, the oceans and looking after our home (planet Earth). We are all different on Tropical Island and so are you – that’s why we would love you to join in the fun in the sun!